Juju decided that my life was too boring. Everyday, she woke up next to me and saw that I went through the exact same routine. Hit the snooze, get out of bed, wash up, check on baby, feed her (and Loki too), and walk her (and Loki too). How boring!

To bring some excitement into my dull life and get my heart pumping, she decided to slip out of her collar (it's even a Martingale collar!!) this morning and run around the neighborhood. Boy did she RUN. We went behind all sorts of places that we've never gone before. Exploring new smells is tons of fun.

Unfortunately for her the fun stopped when she squatted to pee and I snatched her up.
Posted by Vi at Tuesday, June 28, 2011 4 comments:

For all those who wondered or thought that Baby would be traumatized, he seems to have completely forgotten about the incident. Today, he played with both dogs just as before. He practically trampled Juju this morning. I told her to move, but she didn't want to. She was lying down and didn't want to get up. So she just tolerated him. Interestingly enough, Baby figured out how to maneuver around her, albeit clumsily. She didn't move an inch. Completely non-reactive. I wish Loki were that good.

Baby also seemed to have no fear approaching Loki. We practiced more food sharing between Baby and Loki. Tonight, it was string cheese! Yum, yum.
Posted by Vi at Sunday, June 19, 2011 6 comments:

A few years ago, I had a great idea for a blog post. It was going to be a post on commitment. My idea was to write about the one thing that matters above all in getting a dog -- commitment. Whether you get a male or female, where you get the dog from, and what breed you choose is all irrelevant when compared to one's commitment level. Shibas are a terrible breed for first time dog owners. And Loki was not an easy first dog. But, we were committed to making it work. We were willing to do whatever it took to integrate Loki into our household. We were willing to do whatever it took to also integrate Jujube into our household. We weren't going to give up, just because the two of them didn't initially get along. And you know what? Our commitment paid off. The two of them are now fine.

But I never did write that blog post. I didn't because I was unsure about the future. What if I wrote such a post, sounding all high and mighty, but then had to sheepishly go back on my word some years later.

And now I'm glad that I never did write such a post. After many tears and great sadness, I admit that for the first time in Loki's life, I've actually considered not keeping him. I bottled up that thought for a few hours last night, as I felt helpless and powerless. I didn't want to say it out loud. If I voiced it, then it would be true. Unfortunately, it is true. 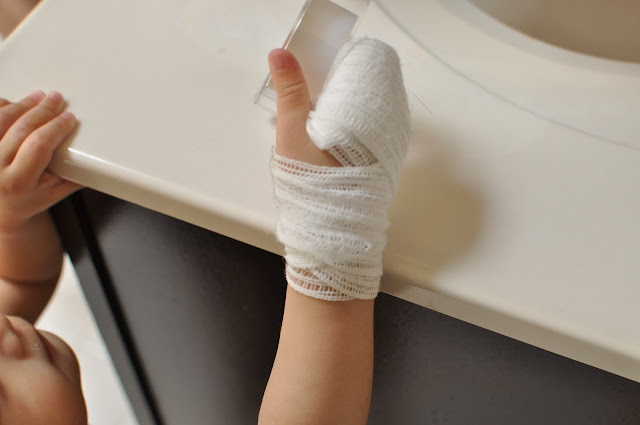 After dining out this afternoon, I returned home to this: 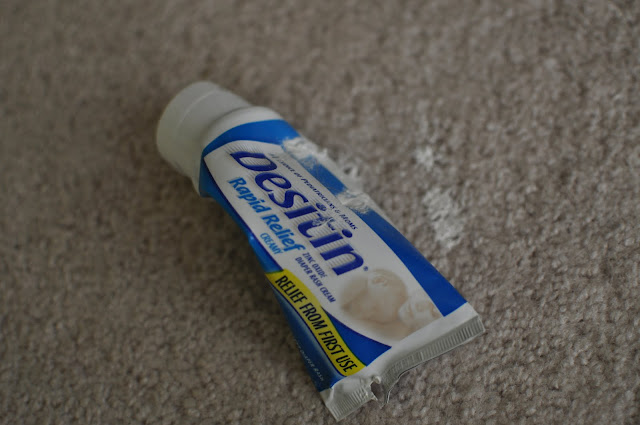 With two puncture holes, it looks like a vampire got to the diaper cream. Ah, but I know that they weren't vampire fangs. They were two vicious canine teeth. Two vicious canine teeth that belong to a cute furry animal named Jujube. We're not sure how much she ingested, if any. It's definitely not digestible, but she seems okay. No vomit or diarrhea. And apparently, I'm not the only one.

At the age of 15 months, this morning was one of the first times that I’ve seen Baby play with one of our dogs. It was a beautiful sight, full of giggles and tail wags. In the rush of this morning, when we typically race against the clock, time stood still for a few moments. I was facing my closet as I was getting dressed when I heard the clink-clink of Juju’s collar. I turned around to see Baby holding out a stick of cardboard for Juju. It was one of those sticks of cardboard that dry cleaners put on metal hangers for hanging up pants. True to my uptight personality, my first thought was “No! Stop!,” but then I realized that there was no harm in a flimsy piece of cardboard. Baby clumsily poked Juju with it as she bounced all around him. At time she licked the cardboard, which elicited tons of laughter. And at other times she tried to take the cardboard with her mouth. This too was hilarious to my little one. As an adult, I don’t know what was so funny, but I smiled at the two of them, cheerfully playing with each other.
Posted by Vi at Tuesday, June 07, 2011 4 comments:

The Letter "E" brought to you by Loki 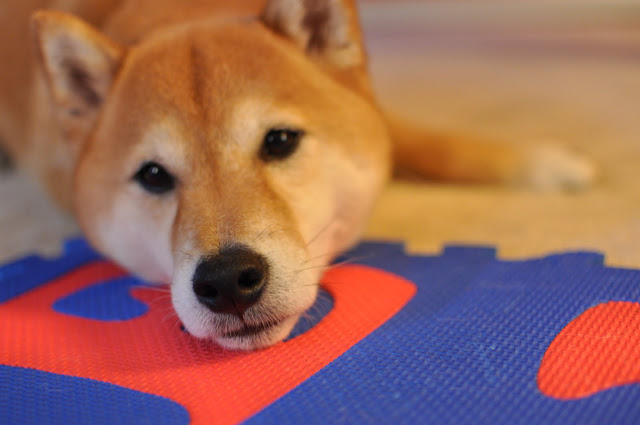 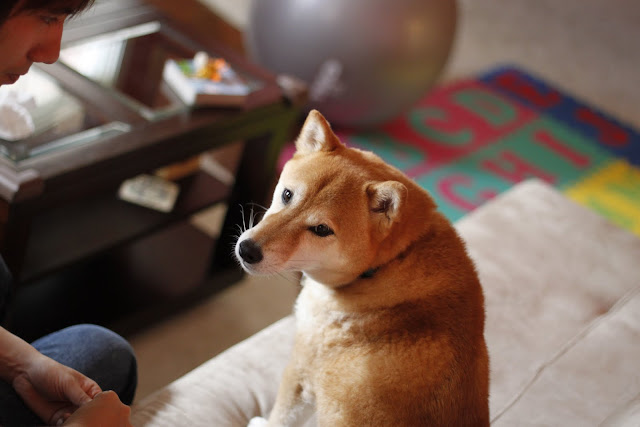 This is Loki's "Why are you neglecting me in favor of that little squirmy crawling thing?" face.
Posted by Vi at Thursday, June 02, 2011 2 comments: